You are here: Home / SEO / Your PageRank Doesn’t Impress Me

[Update – Oct 7, 2014] – This ended up being a pretty timely post. It was announced yesterday in a Google+ Hangout that Google will most likely no longer be updating its Toolbar PageRank data. This makes using PageRank as an authority metric even more useless.

PageRank is a term that Google uses to let you know the power, or authority, of a website. PageRank is determined by the number and quality (PageRank of linking sites) of links that domain has coming in. This sounds like an important metric, doesn’t it? Four, maybe five years ago that might have been the case. Today, I couldn’t care less what your PageRank is and you shouldn’t either.

There are two main reasons why I have this opinion.

I say a single metric because most of the time when you see a domain for sale, or someone asking to exchange links, or whatever they’re trying to push on you, the format almost always looks like this:

Right? Even today this is the first thing people go to when they want to show off their powerful domain. A ton of things can happen in a year! What if all the links that were built to that domain were on a link network and Google devalued them in March of 2014? That PR8 domain is no longer a PR8 domain.

There Are Better Metrics

If you want to analyze a domain to determine its value, you have plenty of other metrics you can look at to get a much deeper view of a domain. Most of these metrics are updated daily, weekly, or monthly too! Here are a couple of my favorites.

Moz has a tool called Open Site Explorer that lets you look up all thinks that their Index has in their database. You have to be a Moz Pro member to get the full list of individual links but the free version will let you see a few. More importantly, it lets you view the Domain Authority of the domain you’re looking up. Domain Authority can be paralleled to PageRank in that your DA is based on the links coming into the domain and the Page Authority of the page that is linking to you. It’s different in that they use a different algorithm to determine this and it is updated at least monthly, last I checked.

Another tool that is similar to Moz Open Site Explorer is ahrefs. It is also a back link explorer, it’s different in that it is continuously updated and does not filter certain links that it includes in its Index. Open Site Explorer will exclude certain links that it determines are not helpful in painting its Domain Authority picture. ahrefs also costs money to access all of its features but the free version will let you see a few back links, but more importantly will let you see a timeline of a domain’s back link count. So you can see patterns in the domains history that might indicate something bad going on with the domain.

Those are just two tools that you can use to quickly get a much better picture of the domain in question. Keep in mind I’m only focusing on PageRank alternatives. When fully assessing a domain, there are many other factors you should look at as well.

What are some of your favorite PageRank alternative metrics? 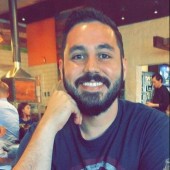 Dan Silber has over 6 years of experience in Sales and Marketing in the web hosting industry having worked for a Top 50 world-wide web hosting company.

He now works for Northcutt as the lead on Inbound Marketing Strategy with a special focus helping web hosting companies succeed in driving revenue online with his many years of organic SEO and Conversion Optimization experience.